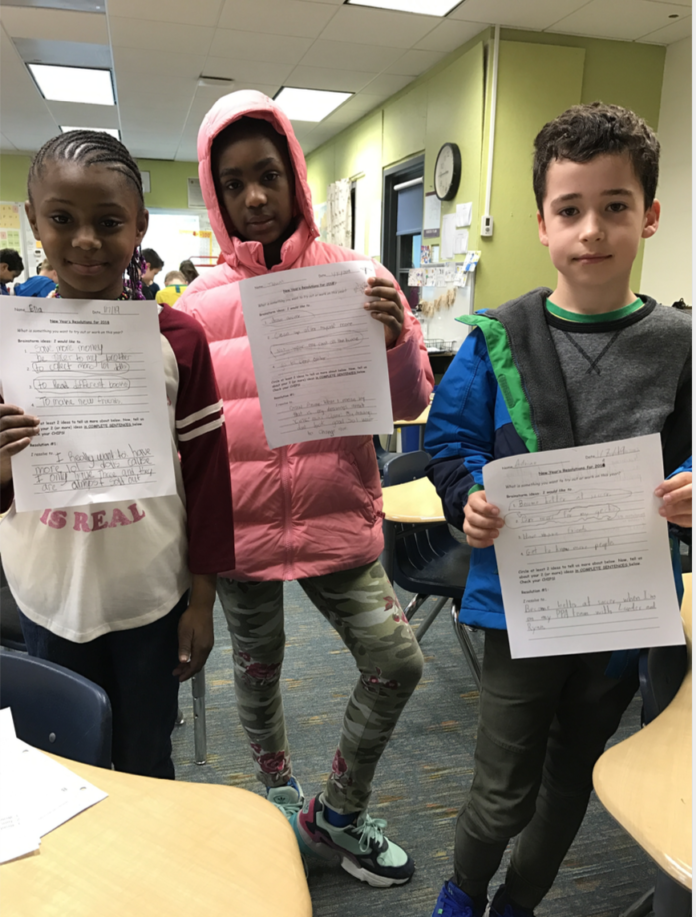 Hello! Our names are Ella, Tatum, and Adrian. Right now it’s Ella talking about what we learned about New Years. First, we watched a Brainpop Video to learn about what people around the world do on New Years. One example was from Columbia, where people stuff a male doll with things from the past year and clothe him in old clothes. When it turns midnight, they burn the doll to start a new fresh year. After watching the video, we made our own New Year’s resolutions. We will share Tatum and Adrian’s resolutions.

From Adrian: One of my resolutions was to get better at soccer when I’m on my PPA recreation soccer team with my two best friends, Zander and Ryan who also agreed to join the team. I hope that by March, we successfully join a PPA team. My hopes rose to join a soccer team at the tryouts, when I scored five goals in three short games. I think it’s important to write New Year’s resolutions because then you always have a goal to work on for the new year.